New York City-based and founded in 2017 by industry veteran Beth Levison, Hazel Pictures produces timely, character-driven, and award-winning documentary films, delivering them to screens big and small. We look for films that feature compelling subjects, unique stories and strong creative teams. Dedicated to our filmmakers, we bring focus, versatility and three decades of industry experience to elevate every stage of the filmmaking process - from development to distribution. 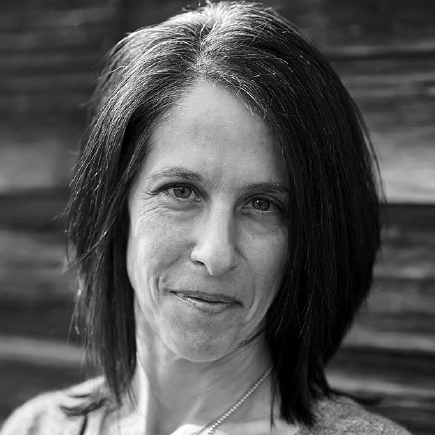 Beth Levison is an independent Emmy and Peabody-winning filmmaker based in NYC. Her most recent film, THE MARTHA MITCHELL EFFECT, a 40-minute archival short about Watergate whistleblower and Republican cabinet wife Martha Mitchell, World Premiered at the 2022 Sundance Film Festival and launched on Netflix on June 17, 2022—the 50th anniversary of Watergate. The film is directed by Anne Alvergue, co-directed by Debra McClutchy, and produced by Levison and producing partner Judith Mizrachy. Levison’s previous film, STORM LAKE, which she directed alongside director/DP Jerry Risius and also produced, premiered at the 2021 Full Frame Documentary Film Festival, won the Audience Award at AFI DOCS, was shortlisted by the IDA as one of the Best Documentaries of the year, and was broadcast nationally on PBS’ Independent Lens; it is about one family’s efforts to protect their Iowan farming town through their biweekly newspaper—come hell or pandemic. Levison’s prior producing credits include WOMEN IN BLUE (2019 Tribeca Film Festival, Independent Lens 2020) about gender, violence and race in American policing; Emmy-nominated MADE IN BOISE (AFI DOCS 2019, Independent Lens 2019), about four women who carry babies for strangers in Boise, Idaho – the unofficial surrogacy capital of the U.S.; Emmy-nominated PERSONAL STATEMENT (PBS 2018); and 32 PILLS: MY SISTER’S SUICIDE (HBO 2017). Following a career in television, Levison shifted over to documentary film with her directorial/producorial debut, LEMON (PBS 2011). She is the founder of Hazel Pictures, a co-founder of the Documentary Producers Alliance (DPA), producing faculty at Sarah Lawrence College, and a member of the Academy of Motion Picture Arts and Sciences.